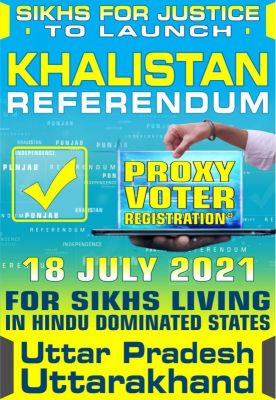 On the heels of SGPC commemorating the martyrs of 1955 attack on Sri Darbar Sahib, a CIA’s declassified March 1966 Intelligence Briefing to the then American President has surfaced reporting the alarming violence against Sikhs in Hindu majority areas of India during Punjabi Suba Movement.

In conjunction with the release of CIA’s 1966 briefing evidencing the targeted killing of Sikhs by Hindu workers of Jan Sangh and Congress Party in the wake of Punjabi Suba Movement, secessionist group “Sikhs For Justice” (SFJ) announced to launch Proxy Voter Registration for Khalistan Referendum on July 18 for Sikhs living in the Hindu dominated and RSS-BJP run states of Uttar Pradesh and Uttarakhand.